Martin Lewis: A Bleaker View of Business Events After COVID-19 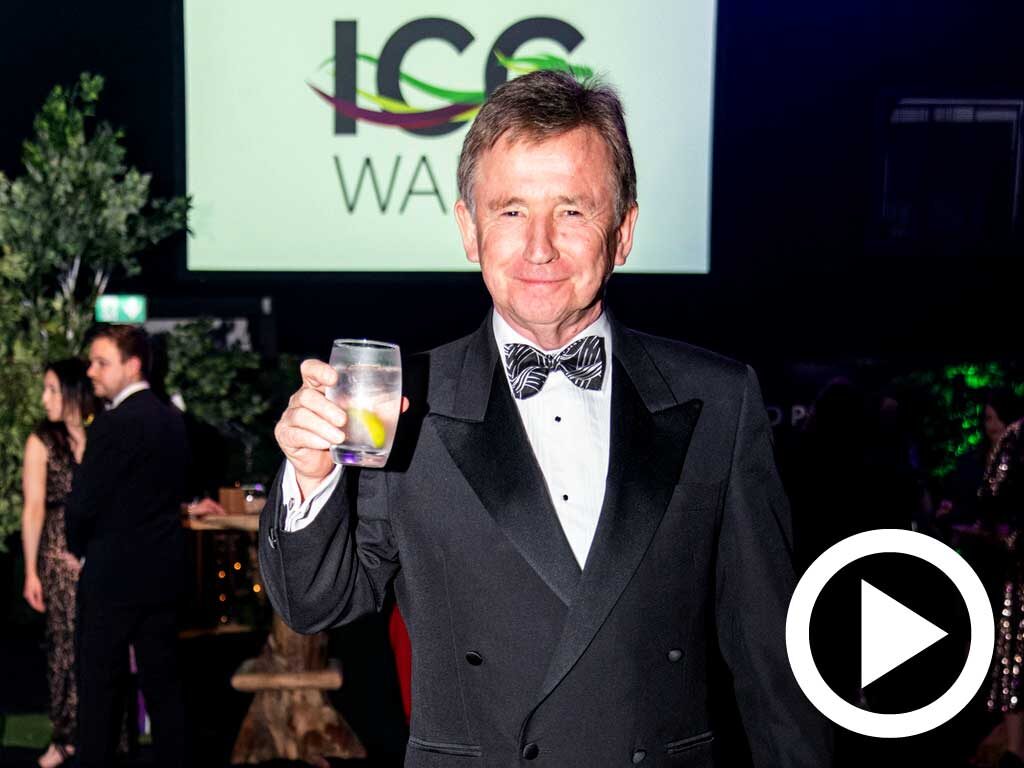 The many contributions on video for The Iceberg webinar about the JMIC Manifesto for Economic Recovery Using Business Events included one from Martin Lewis, former Managing Editor of Iceberg partner CAT Media, and Iceberg ambassador.

The photo is of Martin in lighter mood at the 32nd M&IT awards last year. But in this longer extract from his interview, he paints a picture of the “new normal” that is going to be tough for many in the business events industry to hear.

The main message is that our new landscape is fundamentally altered. “I don’t know whether the need to build business clusters that we had before is still going to be there”, Martin says.”I don’t see the necessity to be physically anywhere”.

About the sector Martin believes “we’re incredibly vulnerable to what’s going on now. I can’t think of an industry that is less well suited to a world where you’re not allowed to be within two metres of the person next to you. I just can’t see how you can get around that”.

On industry advocacy, he is resolutely pessimistic. “I don’t see how on earth we’ve got a place at the table. I really don’t. I think we’re irrelevant. In fact I think we’re part of the problem not part of the solution”.