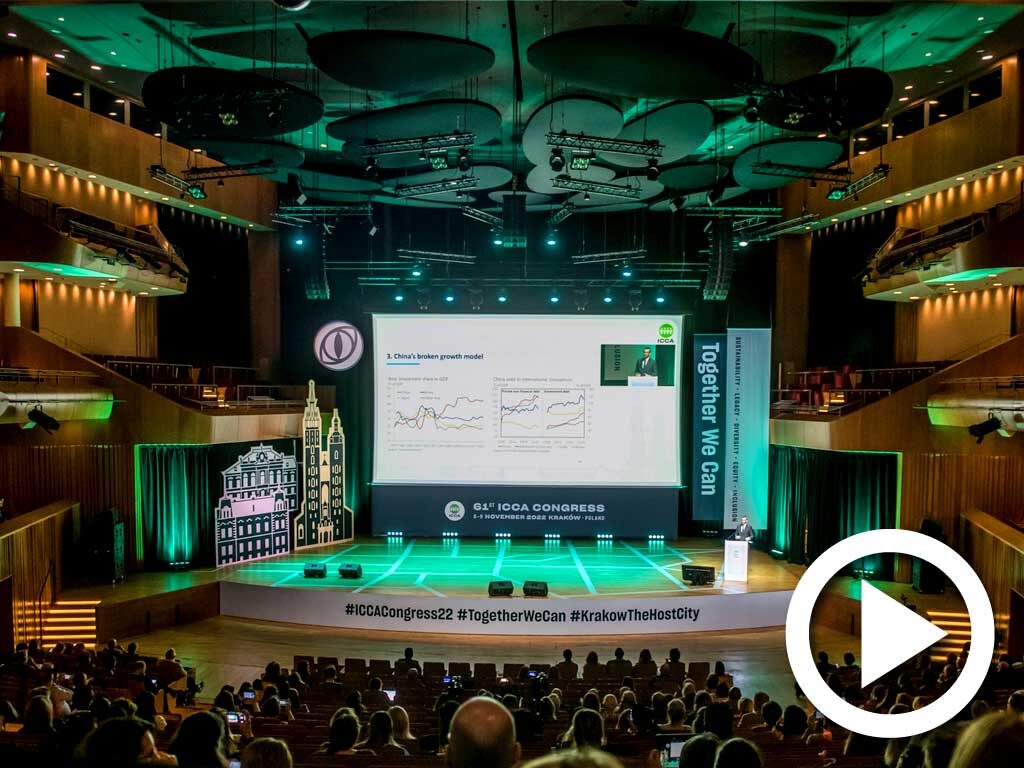 The 61st International Congress and Convention Association Congress was held last month in Kraków, Poland. The four days of content programming concentrated on three key industry topics: diversity, equity and inclusion, sustainability and legacy. Some of the legacy speakers also contributed to this Iceberg video Feature, here presented together with video of five of the legacy sessions.

The 61st ICCA Congress drew 125 senior leaders from 42 countries, representing 81 organisations, over four days in Kraków. Tuesday November 8th was the day legacy dominated the programme agenda, and in this video three of the event’s speakers crystallise the messages of that day.

Associations sometimes think about legacy impact in terms of their whole mission, rather than as a function of individual events. But a true partnership between an association, its meeting and the meeting’s destination can let real impact unfold. Legacy creation should therefore be a unique selling point in any destination’s business events offering.

But when everyone starts unifying legacy language, there is a stronger unified message. A great common vocabulary to settle on is that of the UN Sustainable Development Goals. With increasing efforts from a growing number of industry players (including The Iceberg!), legacy is gaining traction and is now “close to the tipping point where it will become a mainstay strategy”,

Contributors to this video are Geneviève Leclerc, the Co-Founder and CEO of #MEET4IMPACT, Gary Grimmer, Executive Chairman of GainingEdge, and Guy Bigwood, Chief Changemaker and CEO of the Global Destination Sustainability Movement. All three organisations are partners of The Iceberg.

Legacy: one language, one message to reach the tipping point.

Below you can watch video highlights of some of the congress sessions on legacy. First, Using Legacy to Win Bids and Influence People, with #MEET4IMPACT’s Geneviève Leclerc introducing GainingEdge’s Gary Grimmer.

Next up are two speakers from the Global Destination Sustainability Movement. Monica Molina is Senior Changemaker there, with Guy Bigwood the Chief Changemaker and CEO.

EASL is the the European Association for the Study of the Liver, which runs events including the International Liver Congress, Maraika Geisterfer-Black, the Advocacy, Policy and Public Health Intern at EASL, talks through the impact projects driving change at this event.