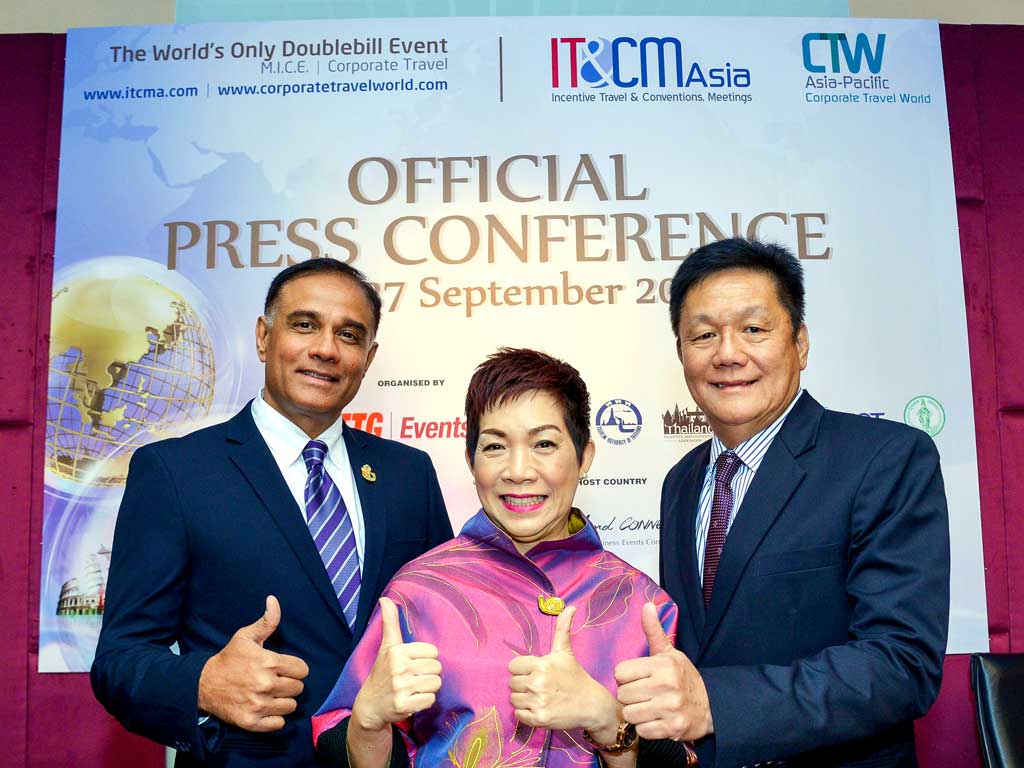 The annual showcase event for the Asia Pacific meeting and business events sector, IT&CMA, revealed that the region’s destination marketing organisations (DMOs) are adopting the lead set by Australia and Singapore. ‘Clustering’ or focussing efforts on bidding for events from within industry sectors identified in the development frameworks of government is now the priority of all advanced destination development agencies – which now includes the convention bureau.

The ASEAN countries are following the lead set by Australia and Singapore.

IT&CMA host, the Thailand Convention and Exhibition Bureau (TCEB), is itself aggressively targeting events in the five clusters identified in the national growth strategy, Thailand 4.0.

This strategy for diversification and regionalisation of the economy was reinforced by Gaining Edge senior consultant Mike Williams, who confirmed the decade long shift away from the hospitality supply chain dynamic of old to the upstream legacies and outcomes that can result from successfully attracting knowledge based communities to the city or the country. Key, however, will be the regional development of associations which still have a long way to go before establishing a sustainable business model, according to Jason Yeh, chair of the ICCA AsiaPacific chapter.

An example of the legacies that can result from this realignment was revealed one year on from when ISPIM (the International Society for Professional Innovation Management) first encountered Japan’s ‘Start-Up capital’, Fukuoka, at IT&CMA 2016. So well aligned was the city’s ambition to stimulate innovation and attract entrepreneurs to invest, work and live in Fukuoka that association executive director Iain Bitran felt compelled to take his international event to this hitherto unknown tier two city. The key was the alignment and engagement of the CVB that Bitran witnessed first in Bangkok this time last year. This year Bitran discovered fourteen more ‘Fukuokas’ who “don’t focus on tourism”.

Legacy: when the mission of the association matches the vision of the destination.

Associations decoupled: China reaches out to US and European association counterparts with global conference.

Two years ago the Chinese administration began the process of decoupling associations or scientific societies from government sponsorship and control. An astonishing 700,000 associations will now need to establish sustainable business models in order to survive. Many have sufficient scale to do so but as Alicia Yao of the China Social Organisation International Department, and MCI Group CEO Asia Pacific Oscar Cerezales reveal, many of these organisations will need support from their international counterparts in order to survive as well as to fulfil their global ambitions.

ICCA and IAPCO will be expected to take centre stage at the inaugural China Association Congress in April 2018, says Yao.

China’s associations must learn to run.

Coming soon… Vienna Convention Bureau Director Christian Mutschlechner would love to be part of a broader business agency for the city.

James Latham, Producer, The Iceberg, was in Bangkok for Iceberg partner IT&CM Events