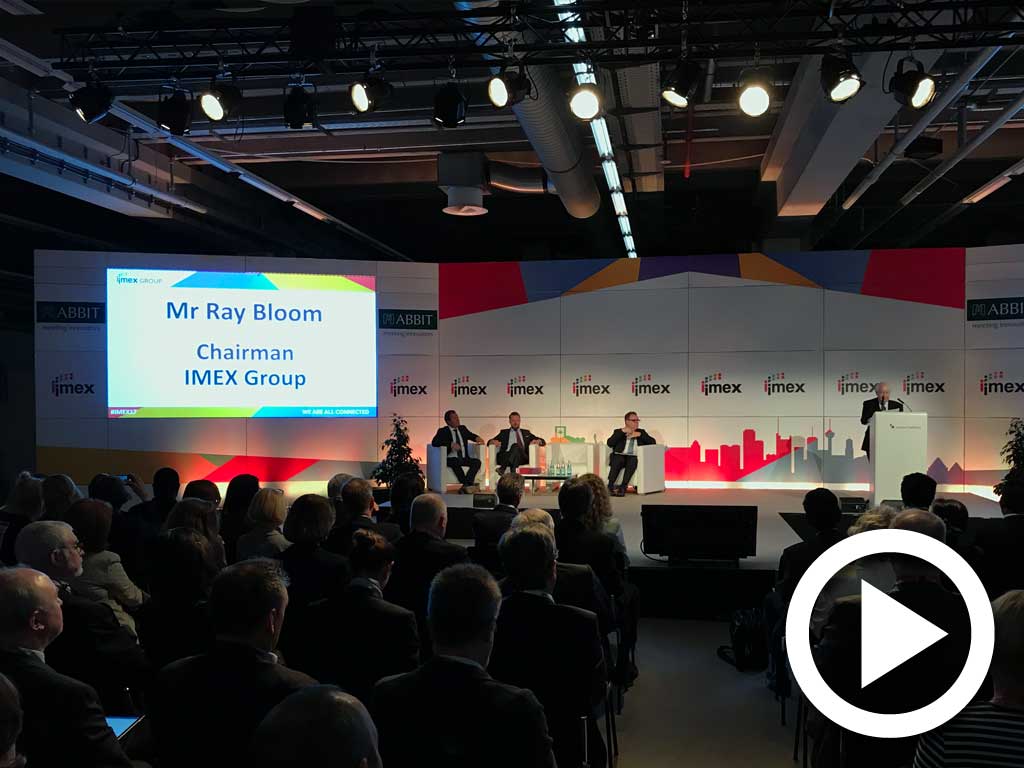 IMEX 2017 – the largest ever running of the show – officially opened on May 16 with a state of the industry address from IMEX Group Chairman Ray Bloom. German Convention Bureau Managing Director Matthias Schultze also spoke – in strong support of unfettered movement across borders – and the opening keynote came in the form of a unique city perspective on the sector from Global Advisor on Cities Professor Greg Clark. The author and urbanist was also at the centre of the IMEX Politicians Forum later the same day.

Close to 9,000 hosted buyers and visitors attended IMEX in Messe Frankfurt for four days of business, networking and education. Total appointments between buyers and the show’s 3,500 exhibitors rose to 68,500. And IMEX took a more experiential approach this year, with the introduction of EduMonday adding new event technology, event design certification and business masterclasses to the existing content.

Professor Greg Clark, Global Advisor on Cities: “There is something just great about attending a meeting about meetings!”.