The San Diego Convention Center and the 100 Mile Harvest 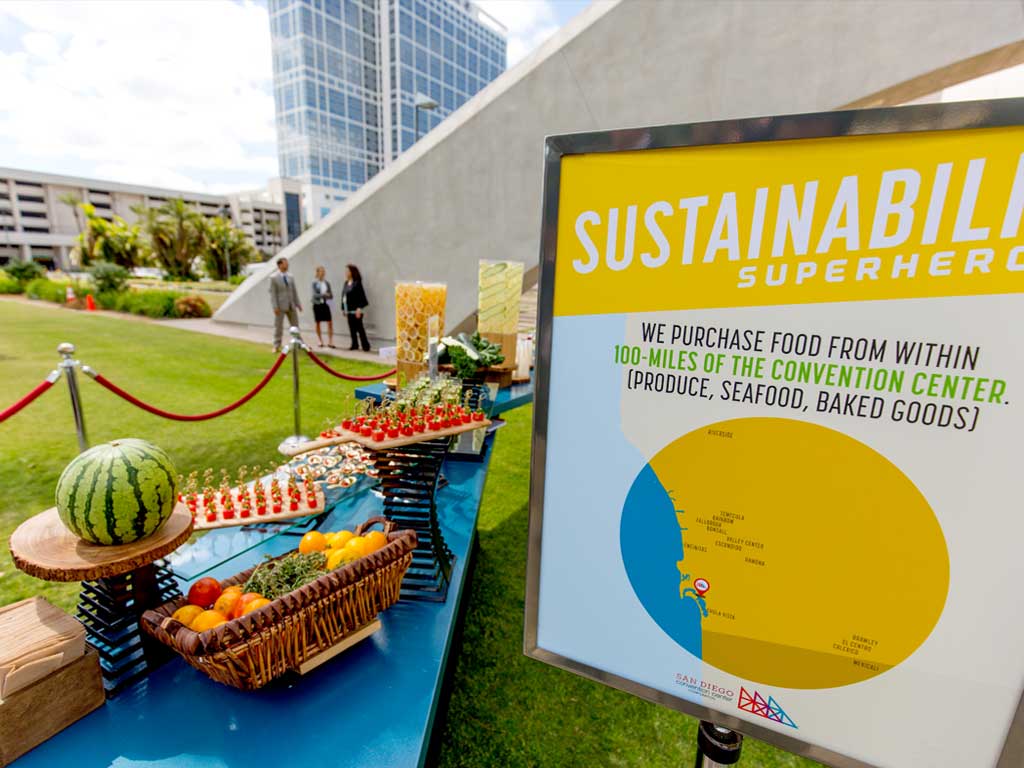 The San Diego Convention Center, in collaboration with food and beverage supplier Centerplate, is playing a major role in boosting its local agricultural economy by sourcing key products and services from across the community.

Also part of this supply chain is Moceri Food & Beverage, a local business and now primary produce vendor for the SDCC. The pair have worked together for over 23 years. 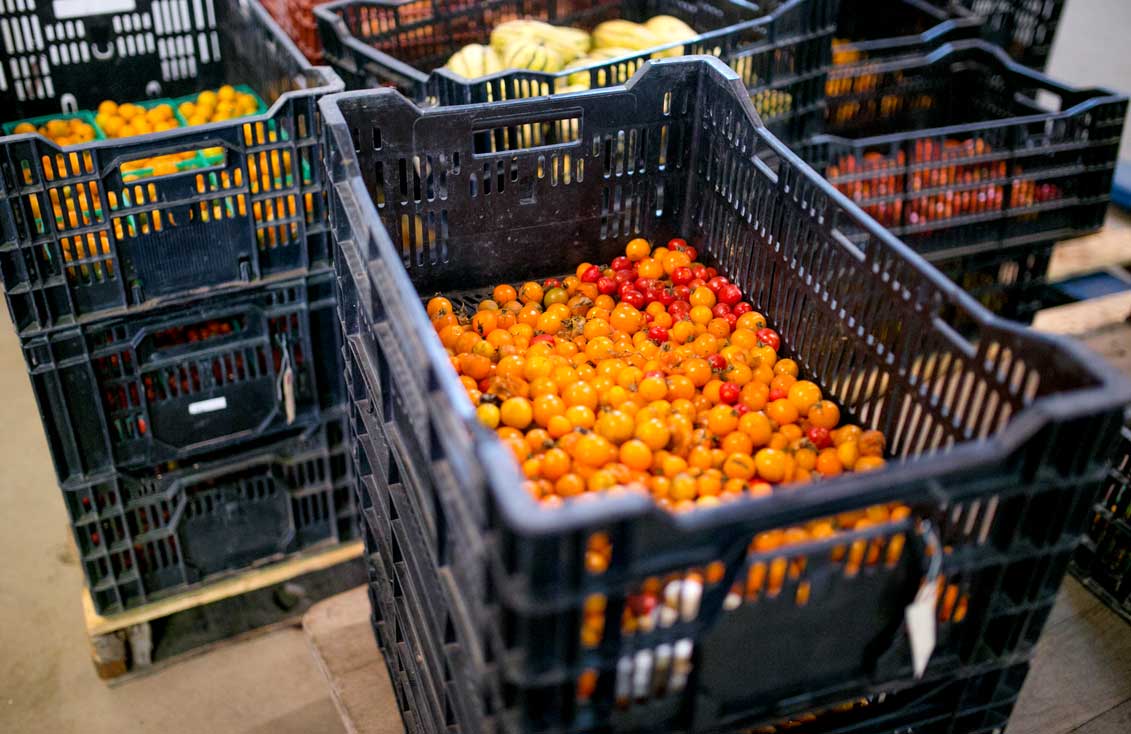 The aim: sourcing from within one hundred miles of the SDCC.

The guiding principle of the collaboration is the “100 Mile Harvest”: the aim of sourcing as many locally grown, manufactured and processed products as possible. This both reduces the SDCC’s overall carbon footprint and implements truly sustainable practice. Through this one initiative, numerous local producers have benefited from increased sales. In 2016 alone, 8,105 lbs. of chopped romaine and 4,650 lbs. of diced fruit were together purchased for $1,073,000, the proceeds going straight back to the local community.

“The volume created by Centerplate has allowed us to move into a larger facility, employing additional staff and increasing our fleet size, all of which has a true trickle-down effect within the local economy”, says Grace Moceri.

The SDCC and its partners know that both San Diegans and visitors to the city are passionate about organic, locally grown produce. It is proud to collaborate with local farms that themselves are just as proud to be feeding its guests. 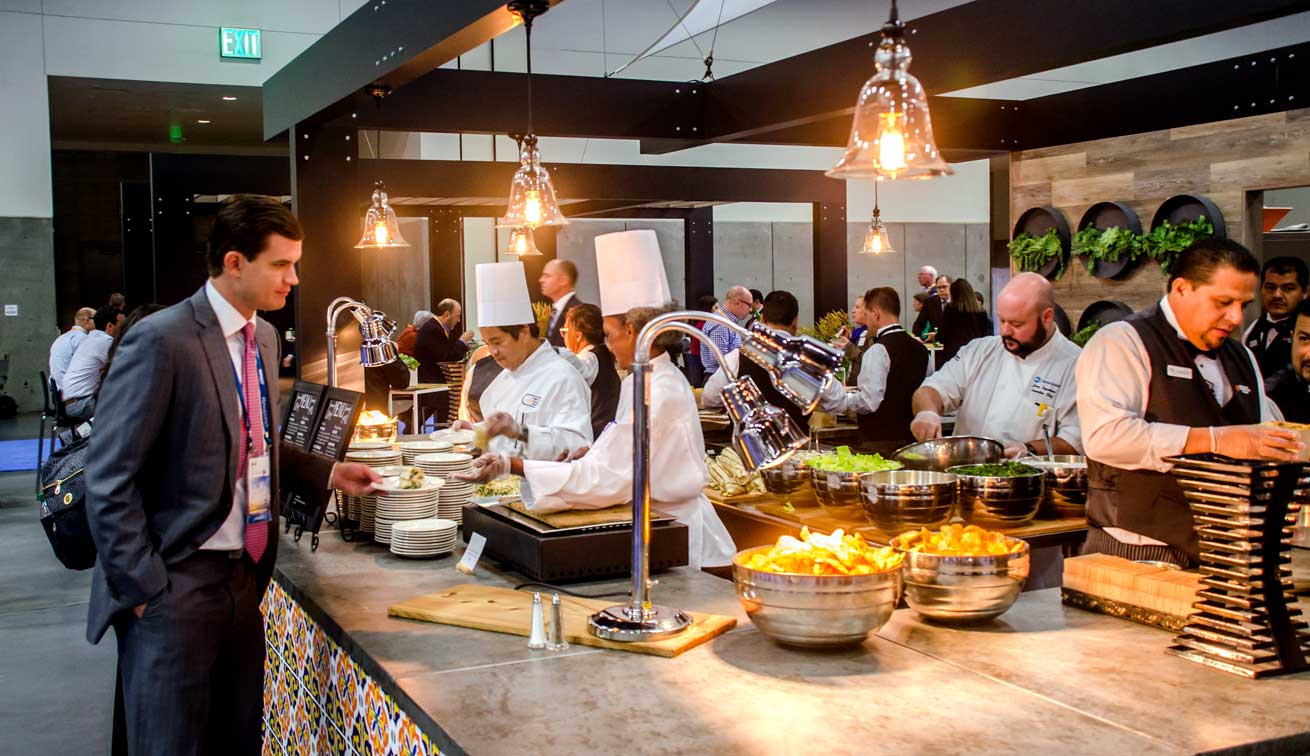 Both San Diegans and visitors to the city are passionate about organic, locally grown produce.

For example, less than 50 miles from the SDCC is Stehly Farms Organics, a small family-owned company that grows, packs and distributes organic avocados, citrus and berries. Other suppliers include Blue Heron Farms and Beck Grove in Fallbrook, Diamond Back Produce and The Growers Connection in Chula Vista, and Fine Line Foods in El Cajon.

On the beverage front San Diego has earned a deserved reputation as a craft beer capital, resulting in SDCC clients requesting entire receptions themed around these beverages. Taking advantage of this the venue has been using the new microbreweries appearing all over the city to introduce guests to unique local flavours. Karl Strauss, producing in San Diego since 1989, continues to expose fans, including SDCC delegates, to a wide range of styles brewed from different ingredients. Its spent grain is provided free of charge to local farmers as livestock feed: another great example of sustainability. 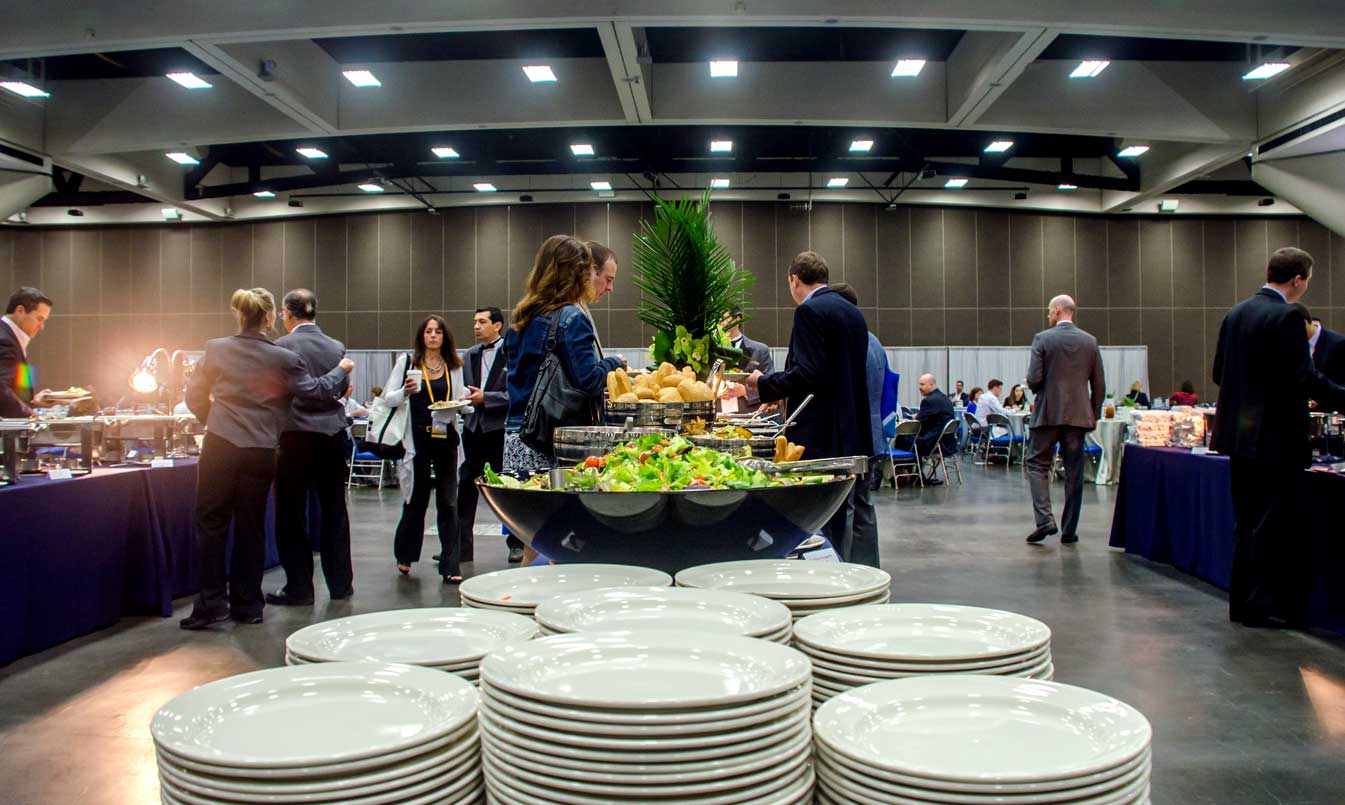 A further San Diego favourite, Stone Brewing Company, is the ninth-largest craft brewing company in the country and has contributed nearly $3,000,000 to charitable and community non-profit organisations. Others include Mission Brewery in Downtown San Diego, Coronado Brewing in Coronado, Ballast Point in Scripps Ranch, Mike Hess in Miramar, and Green Flash in Mira Mesa. Further local suppliers range from up-and-coming companies like infused beverage powerhouse California Quivers (CQ) to veterans like Lang’s Bakery which has been around for almost 40 years.

The partnerships that the San Diego Convention Center and Centerplate have with these companies, and many more like them, foster a striving and successful region.

By the numbers: San Diego CC expenditures on F&B products: 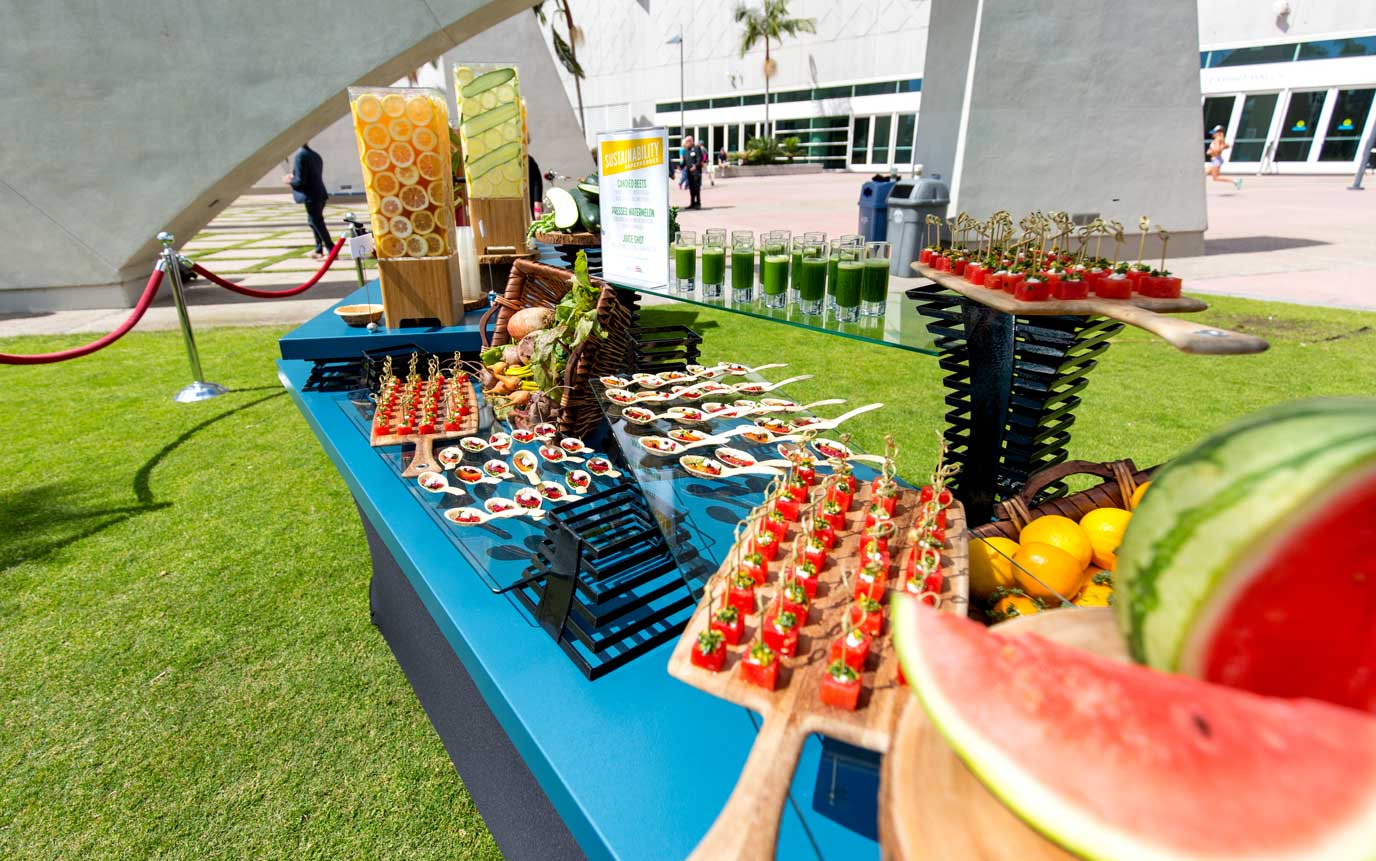