Anja was born in Germany and spent her childhood in Africa, returning to Germany to complete her formal education. In 1978, she joined her then hotel manager husband, travelling and supporting him in several countries in the Middle East, Australia, Tahiti and Asia.

During the past 20 years, she has held several senior management and leadership positions, notably as Regional Director Europe at TravelClick, hospitality technology provider and as Vice President EMEA Sales Kempinski Hotels & Resorts, an international luxury hotel group. In 2007, Anja moved to Geneva, Switzerland, where, under the auspices of Geneva Tourism, she launched the Geneva Convention Bureau to formalise the city’s convention business. Under her leadership the bureau has developed into one of Europe’s leading Convention Bureaux with a staff of 11.

Anja was on the Marketing Board of the Switzerland and Incentive Bureau (SCIB) and was elected to the Board of Directors of the Destinations International (former DMAI) now in her fifth year. Anja was also faculty member of the ECM Academy and member of the Meetings Industry Steering group at ECM (European Cities Marketing). She has been named one of the 25 most influential people in the meetings industry for 2016 by Successful Meetings and received the MICE Achievement Award in 2017, given by mbt Meetingplace. Anja has also been granted the Paul Flackett IMEX Academy Award 2018, presented by IMEX Group. In 2018 she was also inducted to the Destiantions International Hall of Fame.

Anja holds an MBA from Reims University (France) and her interest in wine inspired her to create a 78 km wine trail in the countryside of Geneva, which is much enjoyed by locals and visitors alike.

In 2013, she created a platform in Geneva (PURPLEconexion) for senior business leaders to mutually explore best business practices on a regular basis. Her passion for conscious leadership encouraged her to qualify as a professional coach and become member of the International Coaching Federation (ICF).

In her ability to view issues from different angles she adopts a fresh and innovative approach to life’s challenges while recognising the uniqueness of each individual. She firmly believes that life is a continuous learning process. Anja has had the opportunity of living and working in over 15 countries across the globe. This has given her an eye-opening experience in integrating and enjoying the diversity of a wild range of cultures, values and business approaches. In her day-to-day leadership style she brings along an immense amount of energy to those working with her, radiating positivity and fun, yet with little effort, motivating those around her.

Her life is guided by “The master in the art of living makes little distinction between his work and his play, his labour and his leisure, his mind and his body, his education and his recreation, his love and his religion. He simply pursues his vision of excellence in whatever he does, leaving others to decide whether he’s working or playing. To him he is always doing both.” Zen Buddhist Text. 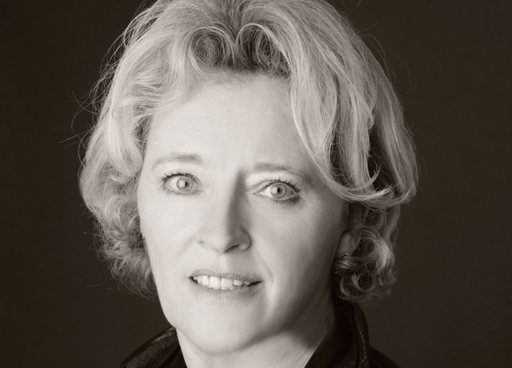